A Shoulder to Cry On: How to Aid Others with Depression

Mental Health Education » A Shoulder to Cry On: How to Aid Others with Depression

Few things can make you feel as helpless as watching someone you care about suffer. You want to offer your personal assistance, in an effort to ease their unhappiness, many times as part of a wider circle of support.The need for the care and presence of your loved ones is particularly significant in cases of major depressive disorder (or MDD for short). Several suggestions offer insight into how to help someone with depression. Read on to find out what they are. Listen to Your Loved One

Before you do anything else, it is imperative that you listen to those you want to assist. Tell them you are concerned for them, let them know you care, and then let them speak. Look for empathy and understanding within yourself as you try to relate to their struggles. Remember their independence, agency, and autonomy of their own body and well-being. Keep in mind that though they may be hurting, they are facing their (possible) depression from their own perspective and not your own.

This is their story, to experience and hopefully to overcome. Ask questions that might help you understand what they are going through and be mindful of their boundaries as well as their need for support. Address acute stressors in their lives and try to help them better cope with them.

Depression can be extremely demoralizing and hard to contend with, inducing bouts of frustration, desperation, and a wish to give up on life. Try to be patient with those who are experiencing all of these symptoms and support their progression at their own pace. Make it a point to remain a stable source of compassion and friendship when possible, in an effort to solidify their ability to rely on others for support.

Depression is one of the most widely discussed and researched mental health conditions throughout history. And as our knowledge of this condition becomes deeper and more advanced, our ability to ease the experienced adversity of those contending with it grows. As such, supporting a loved one battling depression can include helping them become more educated about the symptoms they face and the ways in which they can treat their condition.

When it comes to depression, it is important to remember that its symptoms include more than low mood (though decreased mood does make up the central feature of this disorder). A friend battling depression might become more irritable, forgetful, neglect their appearance or hygiene habits, have difficulty concentrating or sleeping, and even experience decreased motor control. Considering these and other possible symptoms—while consulting with a licensed mental health professional—can help a loved one acknowledge they are experiencing a mental health disorder.

Another point to consider is the distinction and possible convergence with mental health states such as sadness, mourning and anxiety, which hold certain similarities to depression.

Due to the common features between depression and the above emotional states, in addition to the possibility of it existing alongside them, depression can be a somewhat elusive mental health disorder to uncover. For this reason, arming yourself and your loved one with crucial knowledge of this condition can help them recognize if they are facing depression, leading to a discussion regarding treatment options.

Help Them Choose and Stick with a Treatment Course

Recognizing that a loved one is battling depression can help them eventually discuss treatment options, which is another point where they might need your help and advice. This is why, in addition to learning about major depression, it is important to make sure they are aware of the different available treatment options. 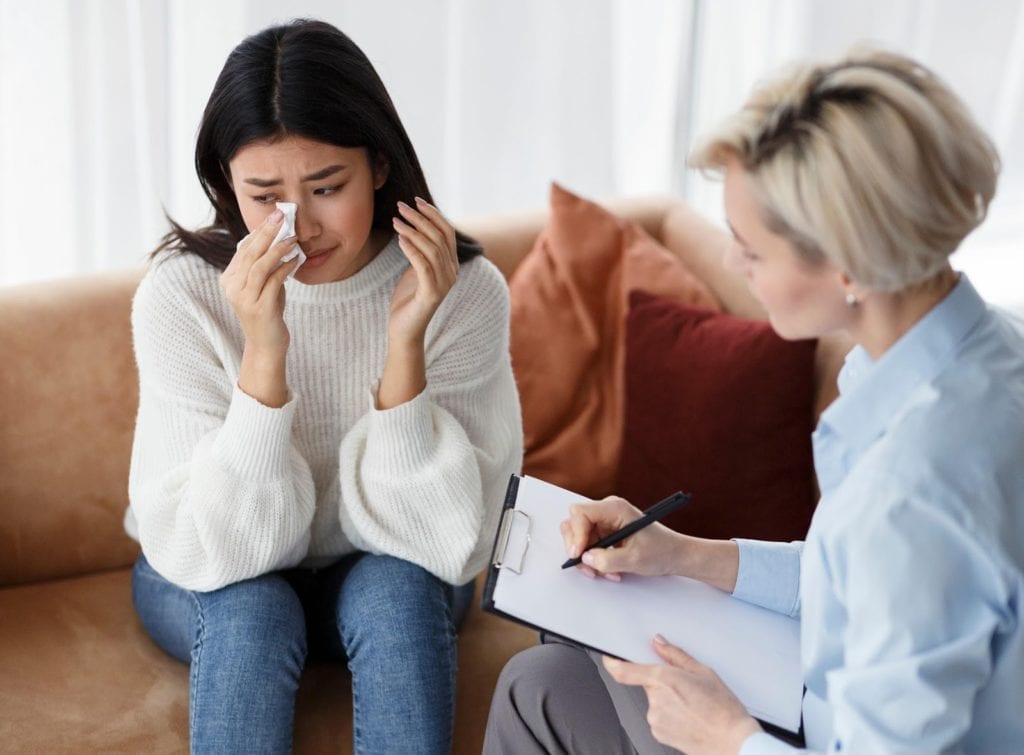 Remember to Care for Yourself

In addition to listening to the individual you want to help, educating you and them, and helping them decide and stick to a treatment course, it is important to remember to also care for yourself: remember to consider how much support you can give them, and not put aside your personal needs and boundaries. This not only helps you stay aware of your own limitations, but also maintains your ability to provide your loved one with support for a longer period of time, and in a more consistent manner.