Theta burst stimulation (TBS) is a more recently developed form of Deep Transcranial Magnetic Stimulation (Deep TMS™), which has been FDA-cleared for the treatment of depression. How is TBS therapy different from the earlier and more common Deep TMS therapy, and who could stand to benefit from this new form of treatment? Read on to find out. 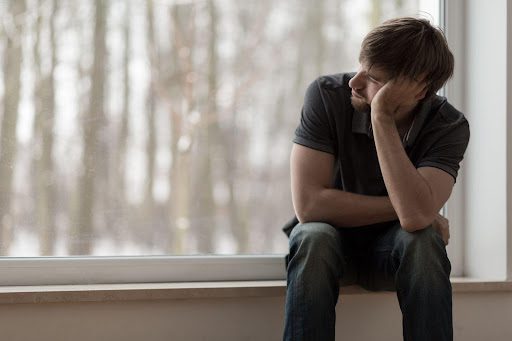 The Consequences of Depression

Depression is not only one of the most prevalent mental health disorders, it can also manifest itself through a number of serious symptoms.

One in 15 US adults is believed to currently be facing depression, or 6.7%, with 7.1% believed to have experienced it at some point during their life. Key features of depression are a deep and unrelenting sadness, and the inability to feel joy. Additional symptoms include difficulty concentrating, irritability, hopelessness, low self-esteem, weight changes when not dieting, sleep disturbance, and suicidality.

Women are 1.5-3 times more likely than men to develop depression. Rather interestingly, the two genders only seem to differ in the time between puberty and menopause (and around the same time for men). Depression rates among young girls and boys do not differ from one another, nor do they differ among elderly men and women.

Depression has been linked to a number of other mental health conditions. It has been found in high comorbidity with obsessive-compulsive disorders (OCD), panic disorder, anorexia, bulimia, and borderline personality disorder.

Depression has also been shown to appear in high comorbidity with physical illnesses. Among these are cardiovascular diseases, diabetes, arthritis, asthma, and osteoporosis. Low energy, sleep issues, and neglect of personal hygiene can all stem from depression and contribute to a deterioration of one’s physical health.

The World Health Organization (WHO) cites depression as the number one cause for “years lost” from disability, making depression the leading disability factor to shorten one’s life. It is also third among the world’s burden of disease and is expected to become the leading cause in this aspect, as well, by 2030.

At its core, theta burst stimulation, also known as theta burst TMS, or simply TBS, works much like the more standard Deep TMS therapy it originated from. As such, it is a noninvasive medical device form of treatment that has been recognized for its proven ability to safely facilitate a significant reduction in depression symptoms.

During the TBS procedure, the patient is seated in a chair, and a cushioned helmet, holding the patented, Deep TMS H-Coil apparatus, is placed on their head. This allows the system’s licensed operator to focus the machine on the targeted brain areas, which hold neural structures that have been found to take part in the appearance of depressive symptoms. For depression, these structures include the bilateral prefrontal cortex and the dorsolateral cortex.

Once the TBS session begins, the H-Coil apparatus sends out electromagnetic fields, which safely and effectively regulate the neural activity of the targeted structures. As the TBS procedure gets underway, the patient will feel a tapping sensation on different locations on their head. The tapping signifies the system’s signal sending to the brain, in a process that safely creates a new rhythm to its neural activity, which significantly reduces depression symptoms. TMS therapy holds a number of advantages for patients battling depression. These include:

Over time, TBS for depression has been shown to effectively reduce the appearance and severity of depressive symptoms. Its combination of efficacy and tolerability awarded it an FDA clearance status, which highlighted its benefits for patients facing this condition.

As opposed to traditional forms of TMS, both Deep TMS and its theta burst stimulation (TBS) equivalent rely on a helmet, instead of a handheld device. This specialized helmet and coil allows the TBS treatment to reach wider areas of the brain, and to stimulate deeper areas of the brain directly, increasing the treatment’s efficacy. The use of a helmet also prevents any targeting issues that may arise with traditional TMS systems, which may miss a sought-after brain structure, due to the use of a handheld device, and individual changes in each patient’s brain structure.

Like other forms of Deep TMS, TBS depression treatment does not cause any significant, or long-lasting, side effects. This makes TBS particularly appropriate for patients wary of possible, adverse side effects of other forms of treatment, such as electroconvulsive therapy (ECT), or antidepressant medication.

A key advantage of the theta burst stimulation process is how short its sessions are: while traditional TMS sessions normally last 40 minute, and Deep TMS sessions usually last about 20 minutes, TBS offers a three-minute protocol, making it much easier to incorporate it into the patient’s routine. This allows a larger number of patients with busy schedules to consider the treatment, while continuing at the same pace with their jobs, education, family responsibilities and other time-consuming activities.

The TBS process does not necessitate the use of anesthesia, nor does it require a lengthy recovery period. This allows patients to incorporate it into their daily routines, without having to block off large portions of their schedules. This is particularly important, considering the treatment does span several weeks, usually lasting between four-to-five weeks, followed by maintenance sessions, every now and then.

Works Well with Other Treatments

As a noninvasive treatment that does not incorporate anesthesia into its treatment plan, patients are able to combine theta burst stimulation with other forms of depression treatment. First and foremost, this includes antidepressants, whose concurrence does not with one another, or cause concerning results. In fact, undergoing TBS therapy while taking antidepressants can enhance the treatment plan’s overall efficacy, thereby delivering better results, when compared to a standalone treatment course.