What is the Difference Between TMS and ECT? - BrainsWay

What is the Difference Between TMS and ECT?

Mental Health Education » What is the Difference Between TMS and ECT?

Transcranial magnetic stimulation (TMS) is a non-invasive mental health procedure that has little to no known side effects, and while it is sometimes compared to electroconvulsive therapy (ECT), the two differ in many ways. Both use electric stimulation to regulate neural activity in the brain, but offer different benefits, and should be considered under different sets of circumstances. Read on to find out the pros and cons of each treatment, and how the more recently developed TMS manages to address some of the concerns raised by its predecessor, ECT.

TMS in a Nutshell

Transcranial magnetic stimulation, or TMS, was first developed in 1985. It is a non-invasive treatment that utilizes magnetic fields to regulate the neural activity of brain structures through a series of repeated pulses. The targeted structures have been found to be associated with specific mental health conditions, such as major depressive disorder (MDD, commonly known as depression) or obsessive-compulsive disorder (OCD). As a result of TMS treatment, the adverse symptoms of these conditions have been found to lessen in frequency and severity.

TMS’s safety and efficacy have been repeatedly been shown to alleviate symptoms of mental health conditions, eventually leading to its FDA-clearance status, as a beneficial treatment for a number of conditions.

There are currently two types of TMS on the market: traditional TMS and Deep TMS.

Traditional TMS, otherwise known as rTMS, originally came out in 1985. It uses a handheld device to send out its electromagnetic fields and has been FDA-cleared to treat depression, migraines, and OCD.

The more advanced Deep TMS was made publicly available in 2013 and is used to treat a number of mental health and neurological conditions. Instead of a handheld device, Deep TMS uses a cushioned helmet that holds its own, patented H-Coil technology to transmit electromagnetic fields. Compared to traditional TMS, Deep TMS manages to reach wider areas of the brain simultaneously, while also directly regulating brain structures located in deeper areas of the brain. This helps avoid some of the traditional TMS’s limitations, such as target issues that can cause the device to miss crucial brain structures. Deep TMS FDA-cleared to treat depression, OCD and smoking cessation.

ECT in a Nutshell

Unlike TMS, Electroconvulsive therapy, or ECT, is a medical device treatment that activates a brief set of seizures in order to stimulate the brain and affect the cadence of its neural functioning. Originally used to treat schizophrenia, during the 1960s-‘80s ECT was found to be even more effective for treating mood disorders, and particularly depression. For this reason, at present it is mostly used to treat this disorder.

TMS has been proven to effectively alleviate symptoms of mental health conditions, and has been recognized by the FDA due to its safety and efficacy.

As a non-invasive treatment, TMS can also be combined with medication, which has been shown to increase the treatments’ overall efficacy.

TMS has also been proven to be a safe treatment for patients to undergo, as it does not normally cause any substantial, long-lasting or systemic side effects. As one example, a 2007 published by Clinical Neurophysiology concluded that Deep TMS is well-tolerated and does not cause any adverse physical or neurological side effects.

TMS’s milder treatment process can be particularly reassuring when compared to that of ECT: while ECT utilizes electrically induced seizures, TMS therapy uses magnetic pulses at an amplitude similar to that of an MRI. TMS does not require anesthesia or a substantive recovery period, making it easier to undergo as part of one’s daily routine.

Due to the above-mentioned advantages, TMS is often considered a supplementary, if not standalone treatment option.

ECT’s efficacy, especially when treating depression, has been well-established. In fact, this treatment is considered one of the most effective treatments for this disorder.

That said, ECT does hold several disadvantages. Firstly, the treatment requires the use of anesthesia, making the recovery process longer and more complex. Secondly, ECT can cause significant side effects, including short-term memory loss, which can deter patients from even trying it. Finally, due to a great deal of misinformation, ECT has gained a rather negative reputation, with popular culture often depicting it as a painful, primitive and traumatic procedure that leaves patients partially incapacitated. 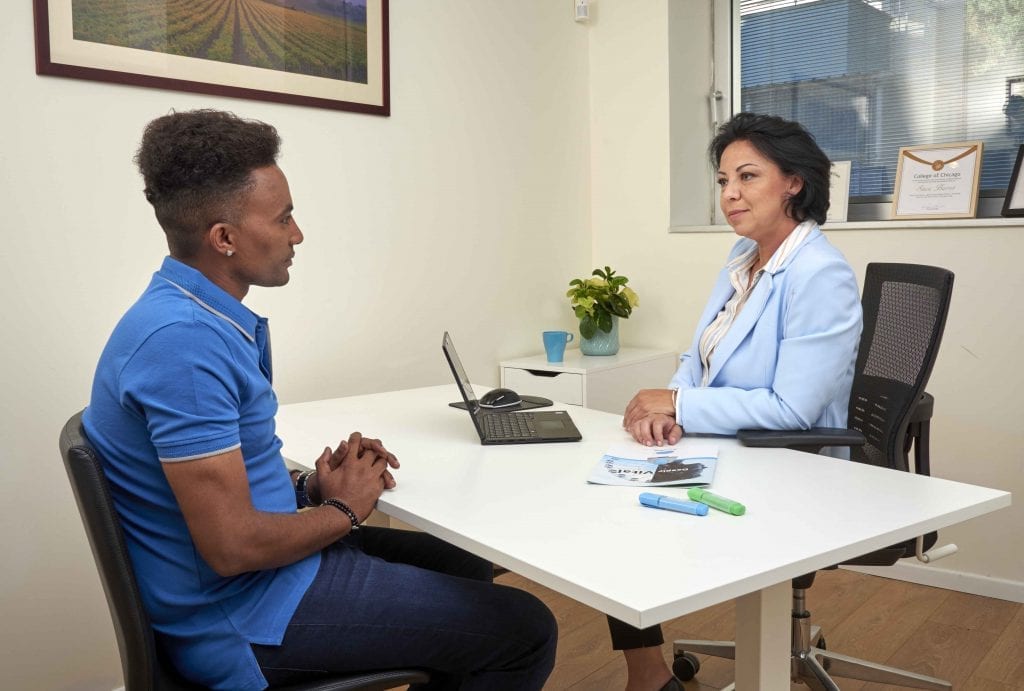 TMS: Who is this Treatment For?

TMS has been shown to benefit a variety of individuals and cases, through its ability to alleviate the symptoms of a number of mental health conditions.

TMS is proven effective among individuals newly battling a mental health condition, and also to provide symptom alleviation to treatment-resistant patients. It can also be a beneficial option for patients already undergoing another form of treatment, such as psychotherapy or medication.

TMS is also a safe and effective choice for those who find the side effects of other treatments, such as ECT, to be too harsh for them.

Age is also an important criterion for many patients and their families interested to know whether TMS is appropriate at an age. Children and adults can undergo traditional TMS, while Deep TMS is geared toward adults 18 or older.

Though it is generally considered a gentle form of treatment, Deep TMS (and at times traditional TMS) therapy should not be administered to patients with the following contraindications:

ECT: Who is this Treatment For?

Due to its significant level of efficacy in treating depressive symptoms, ECT is often recommended in cases of severe depression.

ECT is also recommended in treatment-resistant cases, where other, first-line treatments such as selective serotonin reuptake inhibitors medication (SSRIs) or psychodynamic therapy have been shown to be ineffective in alleviating its conditions.