Across the globe, racism continues to be reported as a major difficulty facing minority populations. Cases of discrimination against members of an ethnic or racial minority frequently occupy the news, and have in recent years led to the establishment of the Black Lives Matter movement, which demands that systemic systems of racial discrimination and inherent biases in institutions be toppled. But as society struggles to make strides regarding civil rights, the reported mental health effects that racism exacts upon members of discriminated minorities have underscored the importance of racial equality, as well as the benefits that can be gained from lifting up those who face this type of adversity.

Due to the diverse experiences and communities that fall under the “racial minority” umbrella, racism is a complex issue to study. The racial police profiling reportedly experienced by African Americans, for instance, is quite different from the almost unchanged job discrimination statistics faced by ethnic minority members in the UK. For this reason, understanding the discrimination that different racial and ethnic minorities face necessitates a more focused approach.

The following article takes a look at racism experienced by three groups: African Americans, Native Americans, and members of the Latinx/Hispanic community. 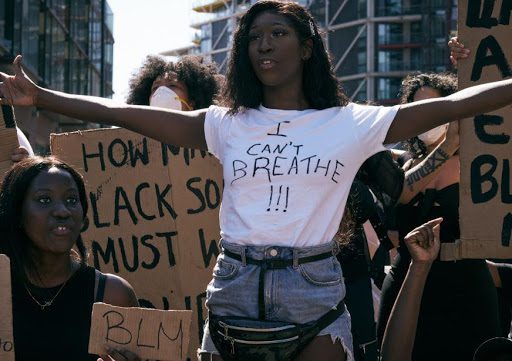 The different risk factors that discriminated-against minorities face make an even stronger case for considering the different ways various racial and ethnic minorities experience racism, instead of viewing racism as one, cohesive experience. Such is the case for African American descendants of slaves, whose members have reported higher rates of post-traumatic stress disorder (PTSD). This phenomenon is tied to many converging factors, among them the destabilizing and distressing understanding that their recent ancestors had their humanity taken from them. A second relevant component is the increased chance of being exposed to traumatic events in the present, be it due to experiences of police brutality, hiring/pay discrimination, or facing prejudice due to belonging to a lower socioeconomic status.

African Americans are also more likely to suffer from simple phobia and agoraphobia disorders. These findings can be linked to feelings of mistrust in general society, with racism considered a significant stressor that can manifest itself in such anxiety-centric disorders.

Racism has also been linked to the high suicide rates and substance abuse among members of the Native American population, and particularly among its young adults. Steadily increasing since 2003, Native Americans are more than 3.5 times more likely to take their own life.

The racism that Native Americans and many other indigenous peoples experience has a lot to do with the erasing of their culture, a communal history of land confiscation, and the lack of governmental mental healthcare facilities available in the rural areas, where most Native Americans live. Latinx and Hispanic Americans have reported a rise in aggression under COVID-19 and in the recent political climate, with calls to “go back your country” and demands that they refrain from speaking Spanish when in public. Members of this population have been shown to battle higher rates of general anxiety disorder (GAD), while perceived racist discrimination has been associated with higher rates of this disorder.

Taken together, these findings suggest a link between the persistent bigotry, questioning of their citizenship and undermining their sense of belonging, and the increased sense of general anxiety Latinx and Hispanic individuals face. These days, members of racial minorities have the option of relying on the mental health support offered to the general population, as well as turning to experts who specialize in assisting members of the community to which they belong. Here are some of the available options: