What is Treatment-Resistant Depression? BrainsWay

Depression—a mood disorder marked by feelings of sadness, mourning, emptiness and a lack of hope—can have a significantly negative impact on an individual’s quality of life. Its effects can be even more detrimental in cases of treatment-resistant depression, in which symptom relief is more difficult to achieve. So what constitutes treatment-resistant depression? And what can you do to best handle this persistent condition? What Is Treatment-Resistant Depression?

Instances of major depressive disorder (or MDD, commonly known as depression) are usually considered to be “treatment-resistant” after at least two antidepressant medications have been found to be ineffective in alleviating its symptoms. As with psychotherapy, antidepressant medication is often offered to patients with depression. Psychodynamic therapy and selective serotonin reuptake inhibitor (SSRI) medications are considered first-line treatments against depression, due to their high levels of efficacy and safety. Both treatments are FDA-approved to treat this condition.

However, despite their relatively high remission rates, over 40% of patients with MDD remain unresponsive to antidepressants and are considered to be treatment-resistant.

A case of treatment-resistant depression would be considered under one of two circumstances: low efficacy or an intolerability to the side effects of at least two types of medications.

Treatment-Resistance Due to Low Efficacy

Some patients with depression do not respond to the first two types of medication they were prescribed. Their depression would therefore be considered treatment-resistant due to low efficacy.

Certain cases of treatment-resistant, low-efficacy depression do show an initial positive response to the first two medications they were prescribed. However, this early experience of symptom alleviation may gradually erode as the patient develops a tolerance to the prescribed medications causing them to no longer provide the patient significant benefits.

Treatment-Resistance Due to Intolerability

Some patients are found to be treatment-resistant due to adverse side effects experienced from medication. Side effects such as headaches, insomnia, and diarrhea are among the more common adverse responses to medications that eventually lead to termination of treatment.

A Condition with No Agreed-Upon Definition

Beyond the above-mentioned ineffectiveness or adverse reactions to at least two types of antidepressants, there is currently no clear agreed-upon definition for treatment-resistant depression. This means that, for example, cases of increased symptom severity or longer duration would not necessarily be considered treatment-resistant.

The lack of a conventional definition makes it more difficult to address the characteristics of treatment-resistant depression, compared to cases of depression that do respond to initial treatments. 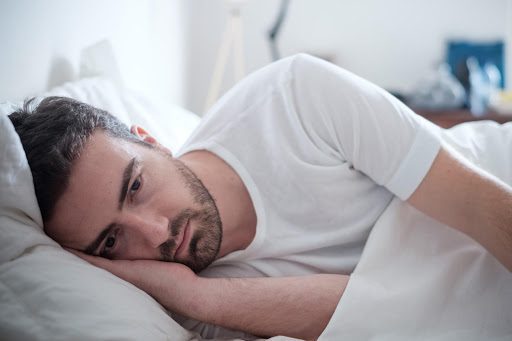 Treatment-resistant depression shares its symptoms with other forms of major depressive disorders. These include:

In addition to the above symptoms, many of those facing treatment-resistant depression experience increased frustration over their inability to reach symptom relief through more commonly prescribed treatment options. This difficulty can also exacerbate general symptoms of depression, causing them to become more severe or disruptive to the individual’s daily life.

Patients battling treatment-resistant depression have been shown to respond positively to a number of options:

Transcranial magnetic stimulation (TMS) is a non-invasive medical device treatment that utilizes electromagnetic pulses to regulate the neural activity of brain structures found to be associated with several mental health conditions. TMS can be beneficial in cases of treatment-resistant depression due to its own combination of safety and efficacy. More specifically, TMS has been shown to offer symptom relief to those suffering from depression both as a standalone treatment or in addition to other forms of treatment, including medication.

There are currently two types of TMS available on the market: traditional TMS and Deep TMS. Both types have been FDA-cleared to treat depression.

Traditional TMS was first introduced as a depression treatment in 2008. It utilizes a handheld device, which the operator positions near the target brain structure, to send out its electromagnetic pulses. Though considered effective, traditional TMS does at times suffer from targeting issues, as its treatment method may miss the sought-after brain structure, which in turn decreases its effectiveness. Deep TMS was made publicly available as a treatment for depression in 2013. Its patented H-Coil technology uses a cushioned helmet to send out electromagnetic pulses. Its unique technology and apparatus allow Deep TMS to reach broader areas of the brain simultaneously, while also influencing deeper brain structures directly. As a result, Deep TMS is able to avoid the targeting issues of traditional TMS, while providing patients with a safe and effective neural regulation process. Due to the non-invasive nature of this treatment, it does not tend to cause any long-lasting or adverse side effects beyond a passing headache.

Additional Forms of Medication or Psychotherapy

Finding two medication treatments to be ineffective or too severe does not mean that all psychopharmacological options are inapplicable in your case. That said, it is important to consult with a licensed medical health professional when deciding between different types of medication.

When prescribing a patient their first type of antidepressant, many mental health practitioners prefer to start them on medication belonging to the selective serotonin reuptake inhibitors (SSRIs) family. SSRIs’ appeal lies in their tendency to offer safe and effective results to patients with depression. However, despite their advantages, SSRIs are not for everyone and may either insufficiently alleviate depression symptoms or cause intolerable side effects. Side effects of SSRIs may include nausea, weight gain, or sexual dysfunction. In cases like these, additional types of medications should also be considered.

Serotonin norepinephrine reuptake inhibitors (SNRIs) are another type of medication that has been shown to offer similar levels of efficacy to that of SSRIs. SNRIs similarly tend to cause the same side effects of SSRIs, but at lower levels of severity. For this reason, patients who found the side effects of previous antidepressant treatments to be too adverse may be more inclined to consider SNRIs.

Tricyclic antidepressants (TCAs) are a third family of antidepressants, whose availability precedes that of both SSRIs and the more recent SNRIs. TCAs are considered to be very effective antidepressants, though many find their more common side effects to be too harsh to continue. These side effects include blurred vision and erratic heart rate. For these reasons, patients who did not find their previously prescribed medications to successfully alleviate their symptoms and are willing to contend with possibly more adverse side effects, may want to consider TCAs

Electroconvulsive therapy (ECT) is an earlier medical device treatment option found to be highly effective in treating depression. Made public in the 1960s, ECT induces brief seizures in order to stimulate neural activity. It was first used to treat schizophrenia before its efficacy as a depression treatment was discovered.

ECT is considered among the most effective treatments against depression and is used in severe cases of this condition. That said, ECT is an invasive treatment, with possible side effects including short-term memory loss, causing many patients to balk at the thought of undergoing this treatment.

Vagus nerve stimulation is another FDA-approved treatment option for treatment-resistant depression. It relies on stimulating one of the body’s two vagus nerves, which connect the brain to several vital organs and systems. This stimulation can sometimes cause a reduction in depressive symptoms.

Vagus nerve stimulation is an invasive treatment, which includes implanting a small medical device under the skin and connecting it to the patient’s left vagus nerve. When activated, this device sends an electric signal to the vagus nerve, which then passes it along to the brain.

Possible side effects for this treatment include voice change and hoarseness, headaches, shortness of breath, and difficulty swallowing.