Obsessive-compulsive disorder (or OCD) is an anxiety-focused mental health condition characterized by adverse, unwanted and intrusive thoughts and repetitive, ritualistic behavior. While initially these behaviors are carried out as stress-reducing actions, eventually they become stress-inducing triggers themselves. Though OCD continues to hinder individuals’ level of functioning the world over, these days there is also greater awareness and more treatment options than ever before.

In terms of efficacy, safety and tolerance, both SSRIs and CBT are considered first-line OCD therapies that can offer relief both individually or in combination with one another. It is, however, worth noting that side effects of SSRI medication can be too adverse for some patients, who may choose to discontinue the treatment as a result.

Cutting edge treatments such as Deep Transcranial Magnetic Stimulation (also known as Deep TMS) are being recognized for their ability to offer safe and effective symptom relief. A non-invasive treatment that uses magnetic fields to safely regulate neural activity, Deep TMS has specifically been found to effectively treat OCD, and is the only non-invasive medical device that has been FDA-cleared for this purpose. 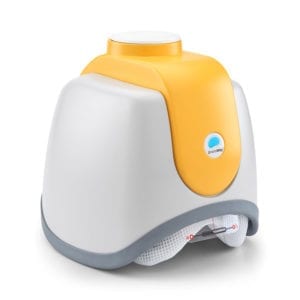 OCD: Things to Know
OCD affects approximately 1.2% of US adults, with a lifetime prevalence of 2.3%. Its symptoms are divided into obsessive thoughts and compulsive behavior: OCD-related thoughts are usually repetitive and greatly disturbing to the individual. Common OCD themes include focusing on symmetry and organization, a constant preoccupation on cleanliness and fear of infection, fearing a disastrous event, and taboo thoughts about socially abhorrent actions.

OCD-related behavior can vary, but normally begins as a way to relieve the stress caused by obsessive thoughts. Examples include repeatedly checking in on loved ones to make sure they are safe, returning home a number of times each morning to verify they have locked the door, and even seemingly unrelated actions such as spinning one’s cellular phone on the table counterclockwise as a means to ward off disturbing taboo thoughts.

If left untreated, both OCD-related thoughts and behavior can increase an individual’s anxiety, disrupt their normal functioning and hinder their quality of life.

OCD Medication: Efficacy Counterbalanced by Side Effects
SSRIs: Selective serotonin reuptake inhibitors are considered a first-line treatment for OCD, in addition to CBT. This group of medications works by keeping the neurotransmitter serotonin active for a longer period of time, thereby increasing its efficacy.

Though many know serotonin as an antidepressant, it is also considered an anxiolytic (anti-anxiety medication) due to its ability to alleviate distress and other anxiety-related symptoms. As OCD is primarily centered on anxiety, and in fact initially grew out of the anxiety family, SSRIs were eventually found to help alleviate the symptoms of this condition, as well.

Several SSRIs have been found to significantly alleviate OCD symptoms, and are FDA-approved to treat this condition. That said, many find the side effects caused by SSRIs—which can include weight gain, nausea and sexual dysfunction—to be too aversive, with some opting to discontinue the treatment as a result. Additionally, 40%-60% of patients show little-to-no symptom improvement from a first-line medication, resulting in many left looking for a treatment option that works for them.

Glutamate: Another neurotransmitter believed to be involved in the OCD is glutamate. A glutamate imbalance was found to be related to the appearance of OCD symptoms, and increased levels of glutamate were specifically shown to be associated with OCD.

Though glutamate research is still in its infancy, several studies have shown that blocking NMDA glutamate receptors with medication such as memantine helps modulate the release of glutamate and in turn alleviate symptoms of OCD. Such results are promising, but more research is nevertheless needed to determine how glutamate fits into the mental processes involved with OCD, and in what way should it be influenced to safely and effectively achieve symptom relief.

Invasive OCD Treatments: Still Much to be Discovered
Invasive treatments for OCD, and particularly neurosurgical options, are usually only considered once less invasive, first-line treatments have been found ineffective.

Out of the different available surgical treatments, recent studies on neurological lesion methods have shown some promise in alleviating OCD symptoms for treatment-resistant patients. Such methods include gamma knife coagulative lesions, implanting radioactive seeds that cause local ablations and standard craniotomy. Normally, ablative, neurosurgical options focus on the cortico-striato-thalamo-cortical circuit of the brain, which is believed to become hyperactive in patients with OCD.

Invasive procedures and treatments usually require a recovery period, with many of these treatments claiming to offer relief based on trials with a limited number of patients. As such, their efficacy among the general OCD population is yet to be established and necessitates larger, blinded studies to determine how effective they truly are in alleviating OCD symptoms.