What Not to Say to Someone Trying to Quit Smoking

Nicotine is among the most addictive, not to mention widely available substances out there. Working up the conviction and resilience to give up cigarettes and remain nicotine-free can require a great deal of support from one’s environment, in addition to the possibility of professional treatment to quit smoking. As such, it is important to be mindful of the reactions and feedback that can act to demoralize a recovering smoker, instead of fortifying their sense of agency. Here are a few reactions that are best avoided when wanting to support someone’s smoking recovery.

‘Again? I’ll Believe It when I See It’

The fluctuating effects of quitting cigarettes and then relapsing can be incredibly frustrating, and not only to the smoker. Those around them can become increasingly irate, after they themselves put in so much effort to encourage smoking cessation, only to eventually discover their loved one had once again succumbed to their addiction. But with smoking, as with other forms of addiction, it is not always the advice one gives, but their continued efforts to be there for a loved one that ends up being what helps them find the self-belief they need to see their cessation through. This does not mean a 24/7 pep rally that ignores setbacks and smoking relapses. It is okay to get mad or feel disappointed with someone who let us down. But remember that in doing so, they also let themselves down and that the difficulty they experience when they try and fail to quit their addiction is real. So, when they declare for the umpteenth time that this time it’s for real, there is no need to pretend like you have never heard them say this. Just try to tap into that feeling of wanting it for the other person, communicate that to them, and leave the rest in their hands. 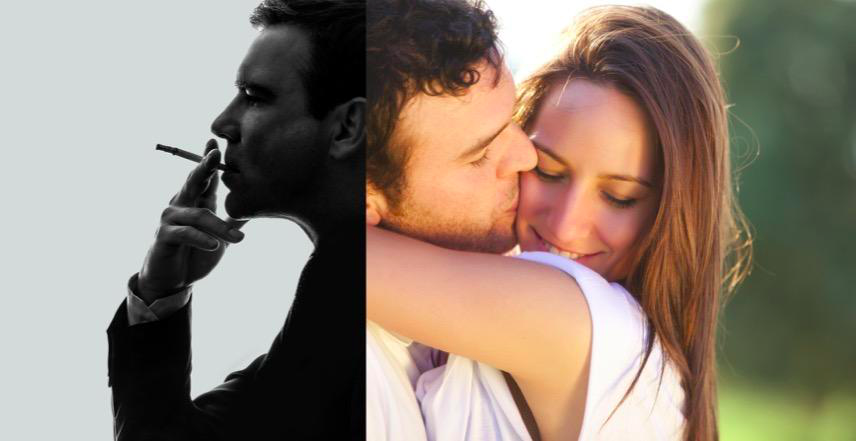 ‘It’s Going to Kill You, You Know’

“News to me, so glad you told me that!” is what no smoker has ever said when confronted with the very well-known reality that smoking kills, in addition to causing numerous physical and mental health issues. The overwhelming majority of smokers are aware of the acute dangers that smoking brings about, but continue doing so because of a mix of:

Together, these factors make it extremely difficult to quit smoking, for anyone, with one third of those who smoke even once becoming regular smokers, and only 7% of those attempting to quit managing to do so. It is not a lack of information that prevents smokers from quitting, but a powerful pull from biological, genetic, and psychological components with detrimental effects on the smoker’s ability to resist smoking.

‘Your Teeth are Yellow, Your Skin Looks Tired, and Your Breath and Clothes Always Smell’

So many individuals begin smoking in an effort to craft the way they are perceived: nearly nine out of ten smokers first pick up this habit as adolescents, with a large percentage of them doing so as a way to gain social acceptance among their peers. Studies have also shown that individuals belonging to a relatively low socioeconomic status often begin smoking in an effort to appear more intimidating, deterring those who they would view as threatening. It would therefore stand to reason that emphasizing the aversive side effects caused by smoking might push smokers toward quitting.

Yet this is not necessarily the case, and in fact, statements such as the above headline could decrease a smokers’ belief in themselves and rely even more on smoking to alleviate their sense of anxiety, self-criticism, and even loathing.

Self-esteem and body image could prove to be a particularly pernicious effect on the individual’s smoking cessation process. This is because a common cigarette withdrawal symptom that tends to appear early on is weight gain, caused by cravings in lieu of nicotine. As a result, rather than steering them toward a healthier, smoking-free lifestyle, underscoring the supposed importance of being attractive can make the increased eating and consequential weight gain that typically arise at the beginning of the cessation process to become too intolerable to withstand, causing smokers to take up smoking once again.

‘Do It for Me/Your Kids’

Guilt: A wonderful catalyst for change. Pressuring someone into making a change in their life may sometimes seem like a well-meaning form of motivation, but it often causes more harm than good. When faced with an overwhelming urge to smoke as a way to self-soothe their withdrawal irritability or to take the edge off a particularly aggravating day, conjuring up the disappointed faces of their friends and family does not, in fact, typically lead to a continued refrain from cigarettes. Rather, it adds to the smoker’s self-criticism and feeds the cycle of mental anguish that pushes them to smoke. As stated above, support that ignores actual relapses and difficulty to quit smoking does not help, either. But turning their own downfall into a targeted injury of those they care for does little to help them face their addiction and withstand its harsh withdrawal symptoms.

This one may seem to stand in juxtaposition to some of the above statements. If we’re not supposed to guilt them into quitting, or offer unwavering support, or comfort a loved one when they break down and have “just one cigarette,” what on earth are we supposed to say to them?

The answer, quite simply, is balance and honesty. Instead of turning a single smoking incident into a non-issue, help them focus on what it actually means: a continued effect on their breathing, heart health, and susceptibility to various illnesses, from cancer to diabetes and heart disease. It is a singular choice they make, over and over again. And while one cigarette does not, on its own, have the power to determine their quality of life, strung together with all the ones that preceded it, and the ones that are due to follow it, it can bring their life to an abrupt end and cause them needless suffering along the way.

Smoking can also affect the smoker’s appearance, and the health of those around them—all this is true, as hard as it is to hear. But when supporting a loved one fighting to quit smoking, the point is not to cause them to feel disgusting, ashamed, or powerless to face their addiction. It is by offering a consistent presence, showing them empathy, and compassionately addressing the concrete ramifications of their everyday actions that you can be a source of strength and encouragement to someone close,, looking to better themselves through smoking cessation.